Palamós, l’últim Bosch, is a book of Poetry, the first in Catalan of Esteve Bosch de Jaureguízar, known as the physiotherapoet. The Poetry of Esteve is a social denunciation, a palpable carnality, uses lyricism as a sharpened ax against everything that society makes what us crisp. 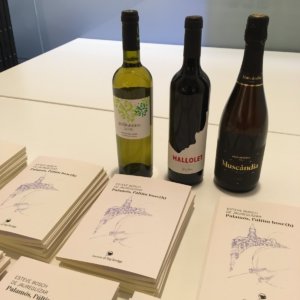 Esteve Bosch de Jaureguízar was born in Palamós in 1964, he grew up in the neighborhoods of Sagrada Família and Gracia in Barcelona. He is known as physiotherapoet, since he works as a physiotherapist at the cardiac units at the Hospital de Bellvitge, where he teaches in the Continuous Training unit. He is a regular in the alternative poetic circuit (local and state). He won the Llobregat Poetry Slam (Sant Boi-El Prat) in the 2014/2015 season, the Gran Slam Jaén 2015 and more than a dozen slams in Catalonia. He is part of the Poetic Collective 6 in Raya and, with the singer-songwriter of Sant Boi Toni Jiménez, forms a poetic and musical project that led them to win the Fussion Slam L’Hospitalet 2014. They have also participated in the Fiesta de la República de San Boi 2014 and 2016 and at the Acrobats Festival 2015. He has published La fuerza de un latido (2007), Hospitalia Doble Malta (2010), Fisioterapia en cirugía cardíaca y cardiología (2012) and El día que Jack Vegowski se decidió a mojar piruletas en orujo (2016).

2017-12-09
Previous Post: For the Christmas vigil gives books according to a beautiful Icelandic tradition.
Next Post: Corrandes are corrandes and you will dance ten thousand